Garry's Mod is being left behind by gKarts in favour of its upcoming successor, s&box. In this post, we'll explain why we decided to make this change, the plan ahead, and progress made so far. 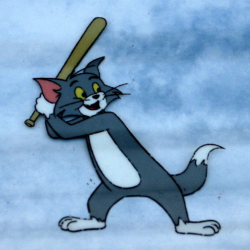 That's right! gKarts is moving house, we're prepping for s&box and parting ways with Garry's Mod. But why, how and when? Well, we'll answer that shortly.

We've put a lot of time so far into planning gKarts to ensure the gamemode takes off and blows people away. With that in mind, it means we have to do crazy things that have never been seen before in Garry's Mod. So that's what we went for, we came up ways of bringing modern game design and technology into the scene. With some thorough planning and research we had a clear view on how to bring this all together, and so, a month ago we finally started doing just that.

The story so far

gKarts has already came a very long way, many things were learnt, especially within the last few months. We've made a lot of progress on our Source Engine server gRust, and our custom vehicle system. We've built up a community full of ideas and concepts we never would've thought of. But when you learn, there's usually failure, and trust me, gKarts has had a lot of that.

Unfortunately, there's only so much you can do with a 15 year old game. Facepunch has done so much to keep the game up-to-date over the years, fix bugs and add new features. But this will never be enough to make the game be able to do what we want to achieve. If the game can't do what we want from the engine level (or more specifically, the physics engine), then we have almost no hope getting Facepunch to add it for us.

This means that every time we came across a limitation caused by the game, it's usually something we can't resolve without needing to re-think everything. This may not have been a problem with gRust as it gives us the power to do almost anything, but sadly, only on the server.

While we know with some certainty that this is possible in Garry's Mod, we've noticed a slow decline in the game's community as a whole recently. Meaning that with the extra development time needed for working around these incredibly common problems we'd be risking the project's success. It could take so long that there's no longer a player-base in Garry's Mod to enjoy it, or, we give in entirely after so much trial and error.

We're certainly not giving in, we're forgetting about the problems Garry's Mod haunts us with and moving on to s&box. Which, if anything, the decision to move has motivated us even more to continue working on this project. We're pretty excited to get our hands on something new and make the gamemode in it. This time with much better graphics, stability, and functionality.

Seeing what s&box has compared to Garry's Mod gives us confidence the gamemode will be far more at home there. We're also extremely more likely to see more people releasing on this new platform, assuming we get the project done in the time currently planned.

Any progress so far?

Yes! As soon as we made the decision we made a post on the Facepunch forum (visit here) to attract new attention. We've began work on porting our current assets too, such as the vehicle testing map and kart model. We've also started work on the back-end of our servers, with the birth of our data handling service, "Nitrogen" and our accompanying ORM, "EasyORM".

Currently, we're trying to get the furthest head start possible without "guesswork". This mostly includes the boring stuff sadly, so only back-end development and asset creation/porting can be done for now. Hopefully, we'll get early access for development soon, and we'll be able to work on the core game-play and have more to show off in these posts.

Of course a decision like this isn't always easy, Garry's Mod has been part of our lives for a long time now. It's strange to finally leave it behind and move on to something else. But this isn't something to be bothered about, it's always good to look forward to new things. Hopefully this move is for the best, but we'll only know until s&box and our gamemode are available for people to enjoy.

Thanks for reading as always. Keep an eye on the blog-posts and discord, we'll be posting more information on the stuff we're doing to prepare for the move.